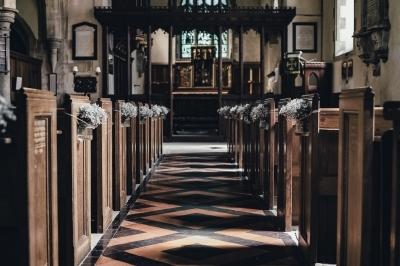 Some of the UK’s oldest and most prominent church buildings are making the switch to 100 percent renewable energy.

Catholic, Church of England, Quaker, Baptist and Methodist places of worship are among the denominations making the pledge this week in a bid to tackle climate change.

Liverpool, York Minster, Salisbury, and Southwark cathedrals are some of the 15 Anglican buildings joining the campaign to reduce the church’s dependence on fossil fuels.

The Press Association reports that with a yearly electricity bill of £1,000, an estimated £5 million has been diverted from fossil fuel providers.

Nicholas Holtam, the bishop of Salisbury, commented: “It’s fantastic to see churches doing their bit to ensure they reduce their impact on the environment. They are also giving a boost to clean energy, which is essential to reduce harmful carbon emissions.

“Climate change is an enormous injustice and is hurting the poor first and worst. Switching to responsible sources of electricity may seem like a small thing on its own, but when joined together it can make a real difference.”

The Big Church Switch campaign, run by charities Christian Aid and Tearfund, provides advice to churches which are thinking about changing their energy tariff to become 100 percent renewable.

Rowan Williams, the former archbishop of Canterbury, added: “Churches are part of a global network and so are often very aware of the plight of our brothers and sisters suffering from droughts, floods and extreme weather around the world,” he said.

Last month, The Church of England voted to divest its investments in fossil fuel companies if they do not show progress addressing climate change and transition towards a low-carbon economy. The COE is a significant asset owner in the UK with a £12 billion investment and endowment fund.