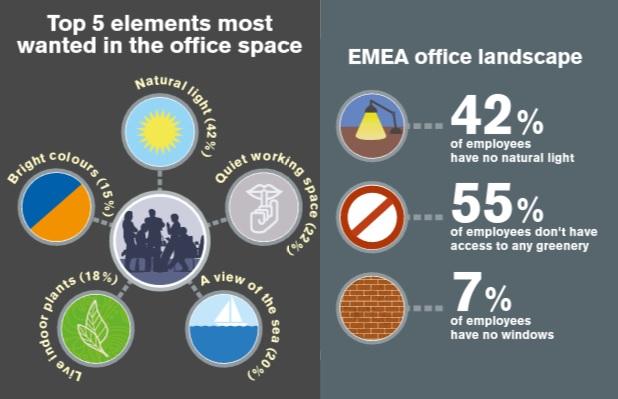 Employees working in spaces with natural elements record the highest rate of well-being (+ 13%) and productivity (+ 8 %).

Interface, the world greatest designer and producer of sustainable carpet tiles, unveils the results of its survey, led among 3,600 office workers in France, the United Kingdom, Germany, Netherlands, Spain, Denmark, Sweden and Dubaï, on work conditions in offices. This survey, which allowed to generate a profile of work environements in Europe, comes in addition to the conclusions of an undisclosed report, analysing impacts of work spaces on employees: "the « Human Spaces » report.

Produced by the Robertson-Cooper firm, under the direction of the Pr. and Organisation Psychologist, Carry Cooper, this report outlines the interaction between the individual and his work environement. It appears that work environements that are poor in natural elements coonsiderably affect health and well being off office workers, increasing their stress an reducing their productivity.

The magic of nature... The survey shows that interactions with nature are more and more limited: 82% of European office workers now live in urban spaces. Although the city dominates the life off employees, the survey demonstrates that workers present a strong affinity with elements with a natural echo to them. Therefore, for organisations aiming for more performant employees, it has become necessary to create work spaces following the "Biophilic Design" approach. That's why, according to the results of the study, offices with natural elements, especially plants and natural light, increase not only the sensation of weel-being (+13%) but also productivity (+8%).

The Biophilia Hypothesis suggests that an instinctive link exists between human beings and other living beings. The word"Biophilia" litterally means "love of nature" and suggests a deep affinity between humans and nature. That's why, biophilic design is an answer to this human need and strives to reestablish the contact with nature in built environments. In the end, biophilic design is the theory, the science and the practice of making buildings aliveand aims to perpetuate the bond between the individual and nature in our life and work spaces everyday.

«The work environment has always been recognised as essential to employee well-being and performance but often purely as a ‘hygiene factor’ – an element which can only have a negative impact if organisations get it wrong. It’s no coincidence that the most modern employers now take a different view, designing environments to help people thrive, collaborate and be creative. Being connected to nature and the outside world is a big part of that, and research is struggling to keep pace with the best practice that organisations are adopting to make that connection happen at work. This new research report is an important and practical piece, summarising existing research on the different approaches to biophilic design and their impact, and building on it with a new study of real employee perspectives on what inspires them in their work environments across EMEA countries» declares le professeur Cary Cooper.

Based on the Robertson Cooper firm's experience in work psychology, Interface led their own study in order to examine and establish tangible links between the presence of natural elements in work spaces and the way workers feel in their presence. Data collection allowed to quantify the benefits of biophilic design, especially on well-being and productivity. This study completes the serious elements alreay existing and suggests a directive plan for businesses.

What we learned from the survey

A lone office and natural light: the secret for productivity?

When it comes to define the specifics of the ideal work space, 42 % surveyed workers vote for nautral light... even though the same proportion (42%) declare to be deprived of it and that 7% of them indicates they dont have any window in their office. Most part of the employees (40 %) declared to feel more productive in individual spaces, while 31% would prefer an open space.

Surprisingly, flexibility at work wasn't a big success:  only 11 % of employees see adapted spaces at their disposal as a mean to gain in productivity.

70 % of surveyed workers think their work environement gives an impression of luminosity and space. 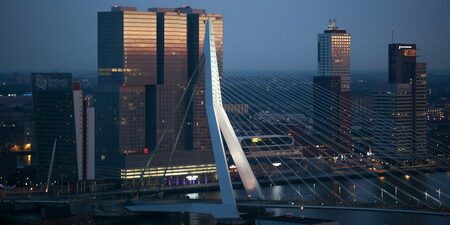 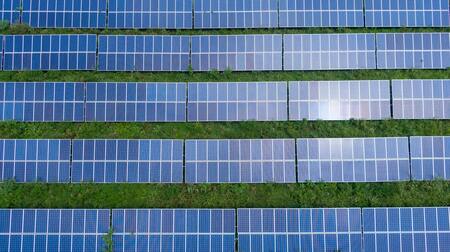 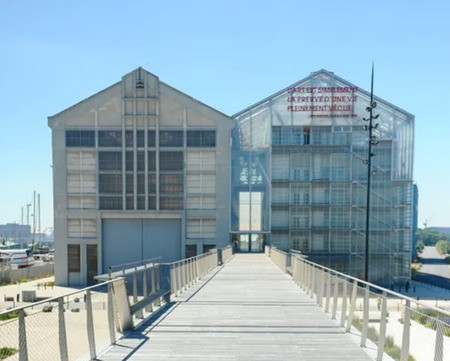 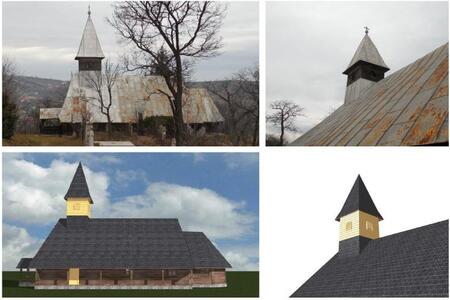 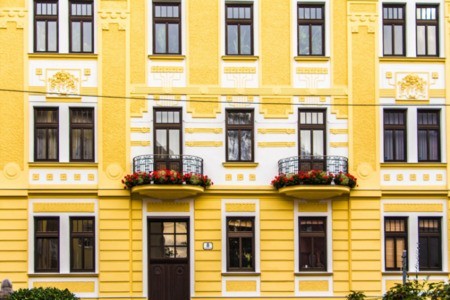